I bet you didn’t even know White Castle tried to create their own social network, much less that it could inadvertently ruin someone’s career. The year was 2006, and the rise of MySpace, Facebook, and Twitter were grabbing the headlines. It finally seemed like the internet was rebounding after the bubble burst in 2000 and the Y2K bug threatened worldwide annihilation. Uninterrupted enthusiasm for the Information Age rocketed again upon the back of Silicon Valley. And amid all of this, White Castle wanted in on the action. Their idea to bring fast food into the social space was TrueCastleStories.com (TCS). 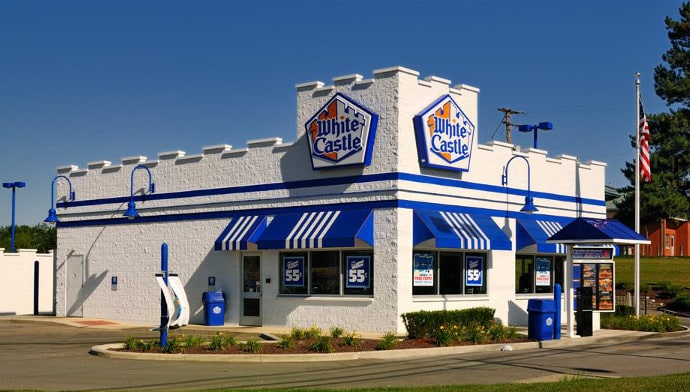 White Castle’s vision of the future
White Castle has a fanatic customer base. Did you know that they take Valentine’s Day reservations? People without reservations aren’t allowed inside on that day. The tables are done up with tablecloths and there’s a maitre’D greeting and seating the guests. (As an aside, Alicia refuses to let allow us to go to one of these even if we go somewhere else on a different day.) There are clients that hold business meetings at White Castle and the repeat customer rate is very high. The people that love it, really love it. That’s great!
White Castle wanted to capture some of this enthusiasm in the online space. People could create profiles, upload pictures, tell their stories, and have the normal range of interactions that most modern social networks provide. For 2006, this was quite a feat. Web 2.0 hadn’t yet arrived, Google wasn’t really Google yet, Blackberry was the leader in smartphones while Andriod didn’t even exist, and most people in the country were still on dial-up. People forget how much the internet sucked only 10 short years ago. The finished product of TCS was light-years ahead of the then-top social network and Geocites wanna-be, MySpace. How could this fail?
How I got to work on it
Through the magic of sub-sub-sub-contracting, the back-end of TCS was being done by the little company where I worked as a programmer. I’m sure White Castle was charged big money by the design firm and we were getting peanuts. It was basically two people that would bring their vision to life: the very talented lead programmer who had been working on it for months already, and me testing and fixing any bugs.
Hard work does pay off
This was the first real programming project I got to do while at my company, so I wanted to make an impression. While I was hired as a Java developer, most of what I did was bug-fixing and data entry. This project went on through March and most of my time was spent in the office. The lead developer was not only very talented, but an insanely hard worker. I worked weekends and slept in the office to try and keep up with him (unsuccessfully). I won’t claim that I was always 100% focused nor churned out top quality work. But for where I was as a person at that time, it was a really solid effort. Later I would get a 7% raise based on the work I did for this project, 2nd highest raise among the programmers in the company. But first…
Everyone gets reminded of why this was never going to work
The lead developer and I had spent yet another night in the office, but the end was near. We’d deliver the project at 10 AM in the morning and it was looking like it was all ready to go. Well, except for the admin interface where the White Castle people could go in and moderate peoples’ profiles. That part would be ready in a few weeks and wasn’t seen as a show-stopper. Until it was done, White Castle could call us and get inappropriate things removed.
So it was 10 AM, and we had the call to hand-off the website to White Castle. It was important that we met the 10 AM deadline as they were already advertising the site launch in advance. Everything tested fine and there were no error that came through as people created profiles, so we decided to go home to get some sleep.
Obviously at this point, White Castle called up in a panic:

“People are posting the most horrible things! We need them taken down NOW!”.

What the fuck did you expect, White Castle? Welcome to the Internet.  This is two years after Harold and Kumar.
The aftermath and closure of TrueCastleStories.com
After laughing uncontrollably for weeks, I felt bad for the people internally leading the doomed project at White Castle. They really cared about the brand and were openly devastated that all their hard work was being ripped apart by the very people that supported the company financially. The stories and profiles that were taken down were mostly created out of love. People were fondly remembering the time they took extacy and fucked in the dumpster out back. But White Castle as a brand can’t cultivate a community around illicit drug use, binge eating, and digestive problems even if that is their core customer.
The sad part was that all of the advertising was purchased in advance. TV and radio spots played all throughout the summer. This meant that the show had to go on. Sporadic updates were made on the project, but that was just putting lipstick on the pig. A year later, the plug was pulled. I don’t know what happened to the stakeholders at White Castle, but I imagine it was a special brand of torture. They got to see their baby come to life, only to realize it was a demon-baby. Then they had to euthanize it. Seriously, I hope they were just fired.
Maybe it was a dumb idea to begin with, but it was bold thinking in a landscape of copycats and timidness.
How’d this wreck my chances for a normal life?
After putting in all that time working, it was time to get my reward. I had chosen to work at start-ups because of the hype around getting ownership and bought out and how ordinary schmucks like me would get millions.  Yes I was young and naive, why do you ask?
I remember sitting in shock, staring at that 7% figure. I was making $50K at the time. It was somewhere around a $4,000 per year raise and I was assured it was very good percentage-wise. I don’t mean to be ungrateful, because it’s not a tiny amount of money… but I made more than that by playing online poker in my spare time each month. Spare time that I had given up to sleep in the office.
While my boss talked, I did napkin math in my head.  $4,000 divided by 10 months is $400 per month, divided by 4 weeks is $100 per week.  If I work an additional 20 hours per week to get that $100, I’m making… $5 an hour.
Any motivation I had for the 9-5 world completely dissipated. My quality of work plummeted.  The dart board and Old English in the pop machine interested me much more than programming.   It was only a few months before I got fired.
I still go to White Castle once a year
Now and then I’ll find myself near a White Castle, and wander inside to remind myself that it’s not my type of food.  I did the same with the office life, heading back for a year to program after playing poker for a few years.  But neither White Castle nor an office job agree with me.  Even if I want them to.
What is your True Castle Story?
Let’s keep TCS alive.  Post your White Castle story in the comments.