The Gregoire Channel Trading System is my professional system that I created to trade while traveling. I wanted a system that was not only profitable, but also took only a few minutes per day to trade. It took me years to figure out the solution, and I’m sharing it with you. 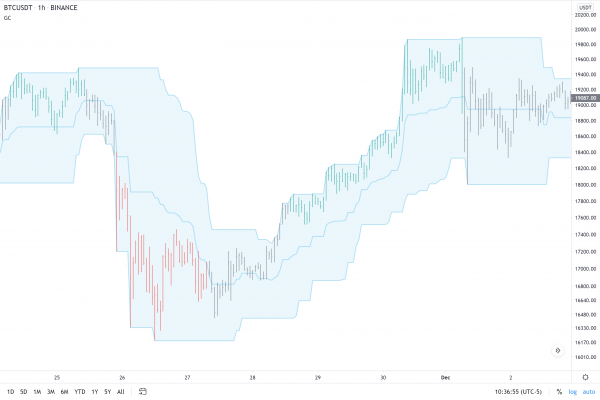 How I created the Gregoire Channel Trading System:

I got interested in trading in 2017 after seeing the rise of Bitcoin. I thought: “I was a professional gambler once, why not again with trading?”. The only problem I had when I started trading: I lost. I lost a lot.

So, I went to study. I’ve read hundreds of trading books, thousands of articles, and spent countless hours studying the markets. The conclusion I came to: almost everything out there is garbage. The reason why almost all trading advice sucks, even from people who made money, is that anything works when a market consistently makes all-time highs. For example, like how the stock market has made constant all-time highs for the past 100 years.

If the market is at an all-time high:

This is how people release a new trading system every few years that doesn’t actually work, but they made money anyway because the market is always going up. I figured that if I could make a system that worked across stocks (which only go up), forex (which mostly goes sideways), and crypto (which goes wild in every direction), then I’d have something that wasn’t just luck. And I do. The Gregoire Channel has been tested and traded to profitability across every market. 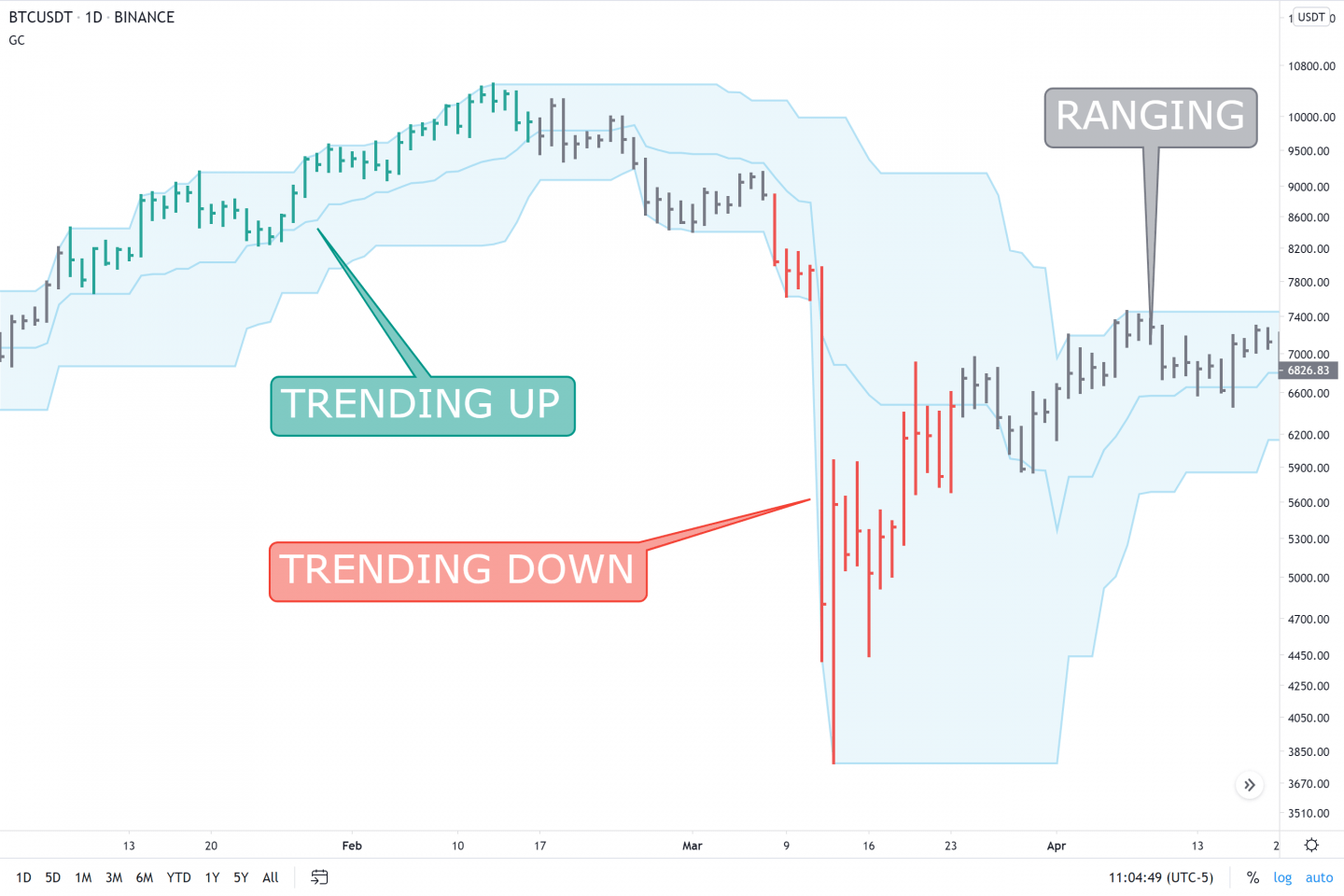 What makes the Gregoire Channel unique?

As traders, we only make money when the market is moving. Why enter into a market that doesn’t go anywhere?

“Trending or Ranging?” is the most important question that almost no one asks. The reason so few people ask: it’s a hard question to answer! There’s only one other indicator that I know of that has even tried and it isn’t even good (Average Directional Index). But after years of study, I found a solution.

I’ve also never encountered a system that allowed me to back-test results to check if the strategy would be profitable in the first place. The back-testing tool gives you confidence you’re on the right track before you even start. And then after you start, the profit convinces you that you’re still on the right track.

What markets and timeframes does the Gregoire Channel work?

How profitable is the Gregoire Channel?

Below are two sets of back-tests across the NASDAQ and Bitcoin from 2017 through 2020.

A good return in the markets is roughly 10% per year.

My channel returned an average of 120% per year in stocks.

My channel returned an average of 230% per year in Bitcoin.

If this is so profitable, why are you selling it?

Because I don’t believe it’ll reduce the systems’ profitability for either of us.

I think most people get taken in by the scams and stop trading rather than stick with it to find the good stuff. Lord knows that it took me forever to figure it out.

How long does the Gregoire Channel take to trade?

The system takes only a few minutes per day to trade.

The Gregoire Channel has 4 built-in systems which send the trader alerts. There’s no chart gazing for either entries or exits. The trader puts in the order after receiving the alert. That’s it! 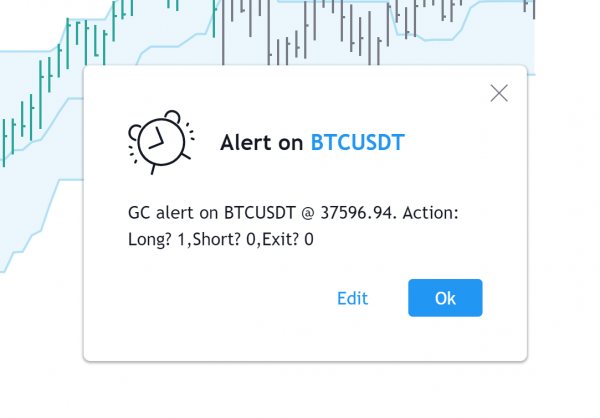 These alerts can be texted, emailed, and/or pop up on your browser.

Many traders live in front of their computer screens, staring at them all day. I can’t live like that, so I built this system to take as little of my time as possible, and be location independent. I’ve traded while hiking the Chilean mountains, diving off a boat in Thailand, and while drinking beer in Oktoberfest. The system will tirelessly watch the markets for you and let you know when and what to do!

Best of all, it’s cheap to try: The introductory price is only $20 for the first month!

I know the best argument I can make is to get you trading profitably ASAP. That’s why I’ve made this cheap to try. Get a subscription, test out some markets and timeframes until you find something good, and then trade! The best advertising I can do is to make you profitable. Ask me questions and I’ll answer them.

Get my system here and start trading profitably today!