Sydney, Australia has a good reputation among travelers as a “must go” destination but no one ever explains why.  Most Americans look at Australia and think Crocodile Dundee, Steve Irwin, or wild animals that will likely kill you.  We arrived in Sydney to find a vibrant and modern city, and managed not to have a dingo eat a baby.  We had no real expectations going in, so Sydney was a great surprise. 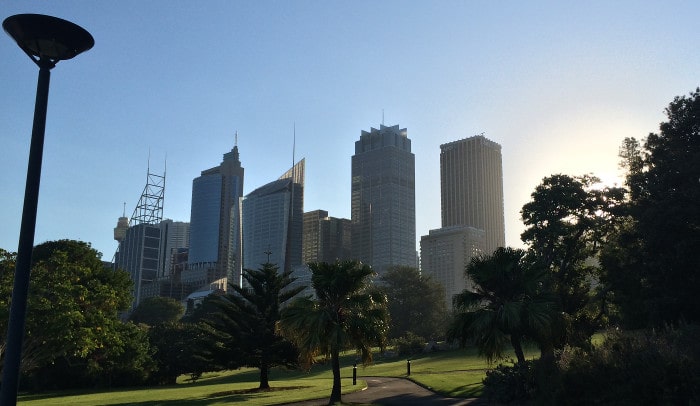 The city is well curated, with parks and and attractions for everyone throughout the city.  Not far from the place we were staying was: a collection of parks, the opera house, a botanical garden, and a block party being hosted by the government that weekend.  It’s a great walking city with several neighborhoods set up for casual strolls. 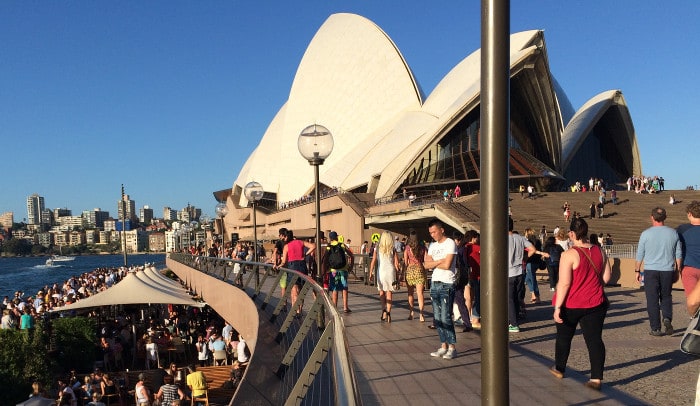 The opera house is an iconic image of Sydney.  I’m not sure we ever saw an actual opera being held there, but it’s always a busy spot.  Lined alongside the harbor is a row of bars and restaurants that are popular with the working crowd for the evening’s happy hour.  Once the sun starts going down, the city comes alive with people getting off of work and trying to enjoy the last few hours of daylight. 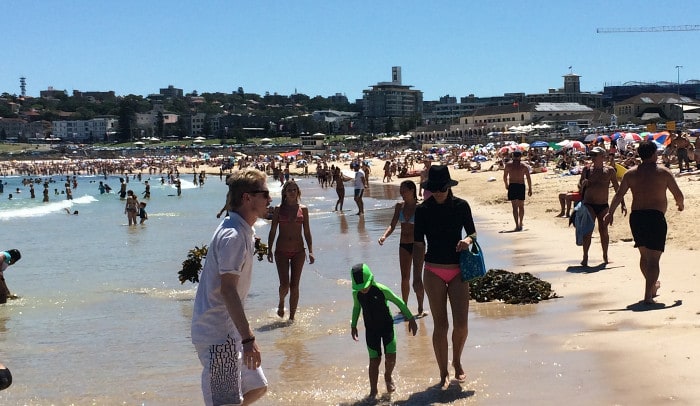 Bondi Beach is the popular local hangout on the weekends.  It’s mostly populated by very fit individuals to match the well manicured city.  It’s one of those beaches where you’d go if you wanted to be seen rather than have a relaxing time.  Crowded to the point where it’s hard to move, the beach still offers good people watching and the opportunity to work on that dark tan that many of the Aussies seem to cultivate.  It’s sometimes difficult to tell when you’re near a beach, because Aussies don’t wear a whole lot of clothing at any given time.  It is pretty darn hot down here.  We were even pretty surprised at what some women were wearing to work: very skimpy outfits, just to deal with the heat.  All these fit people made me feel quite fat and out of shape.  Oh, and super white.  I blinded a few people when I took off my shirt.

I do have one quibble with the country: their booze is completely sub-par.  Enjoying the local alcohols is something I like to do from country to country.  It’s often a deep part of their history and helps acclimate the taste buds to the local cuisine.  However, the beer in Australia SUCKS.  There’s no other word for it.  It is hands-down the worst of any country we’ve visited.  Take an American light beer (which people only drink because it’s fewer calories than regular beer), then instead of 4% alcohol give it 1-2%: that’s Australian beer.  Now, strong alcoholic content isn’t a sign of a good beer.  But when trying to make something like an IPA (which was made specifically because the high alcohol content allowed the beer to survive long voyages at sea) and give it 4% ABV, that’s just a joke.

Most of the attractions are going to be along the waterfront.  It’s a great place to relax and watch the big ships go by while drinking some form of imported booze.  It seems to be a very active city.  By that, I mean that people are out and about quite a bit enjoying the town.  There are some places we’ve been to that are more for work and become dead once work hours are over. 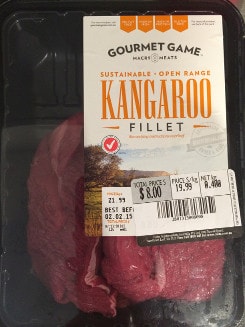 The food in Sydney was very good, but not quite in the way we expected it to be.  When we asked our Airbnb host about real Australian food, he suggested things like Vegemite, meat pies, and kangaroo.  We’ve had the first two before, but not the third.  Vegemite is a weird yeast that is spread on toast.  They love it, but to us it was just terrible.  Meat pies seem to be common in most non-US places, so we’d already encountered those.  Think of a pot pie.  So on the last evening, we grilled some kangaroo on with vegetables.  The taste and texture reminded me of a flank steak, but what was evident was how I could really taste the cuteness of the kangaroo.  MMM, MMM, good.
Most of the food that we enjoyed while there tended to be Thai, Chinese, or Japanese cuisine rather than traditional Australian. 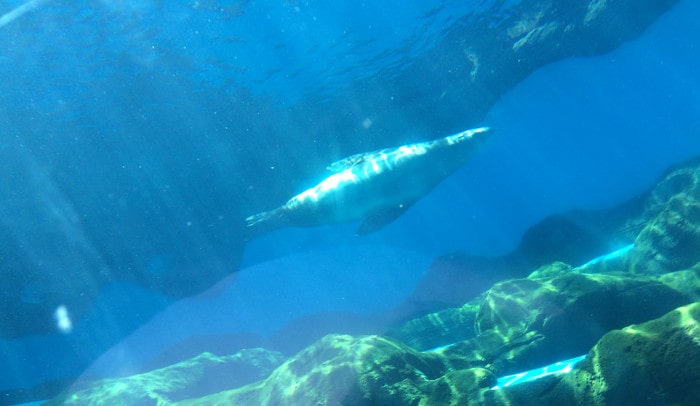 We hit up the Sydney Zoo while in town, but not just for the zoo itself.  To get there, we had to take a ferry across the harbor where we were able to soak in the city while bobbing along.  The zoo was just a fun little diversion when we got to the other side.

Overall, Sydney is a wonderful place to visit.  It’s picturesque, easily accessible by walking around and using public transportation, and there’s plenty to do.  Just stay away from the Vegemite!