6 months into our year long round the world trip, here are the weird things we’ve learned. 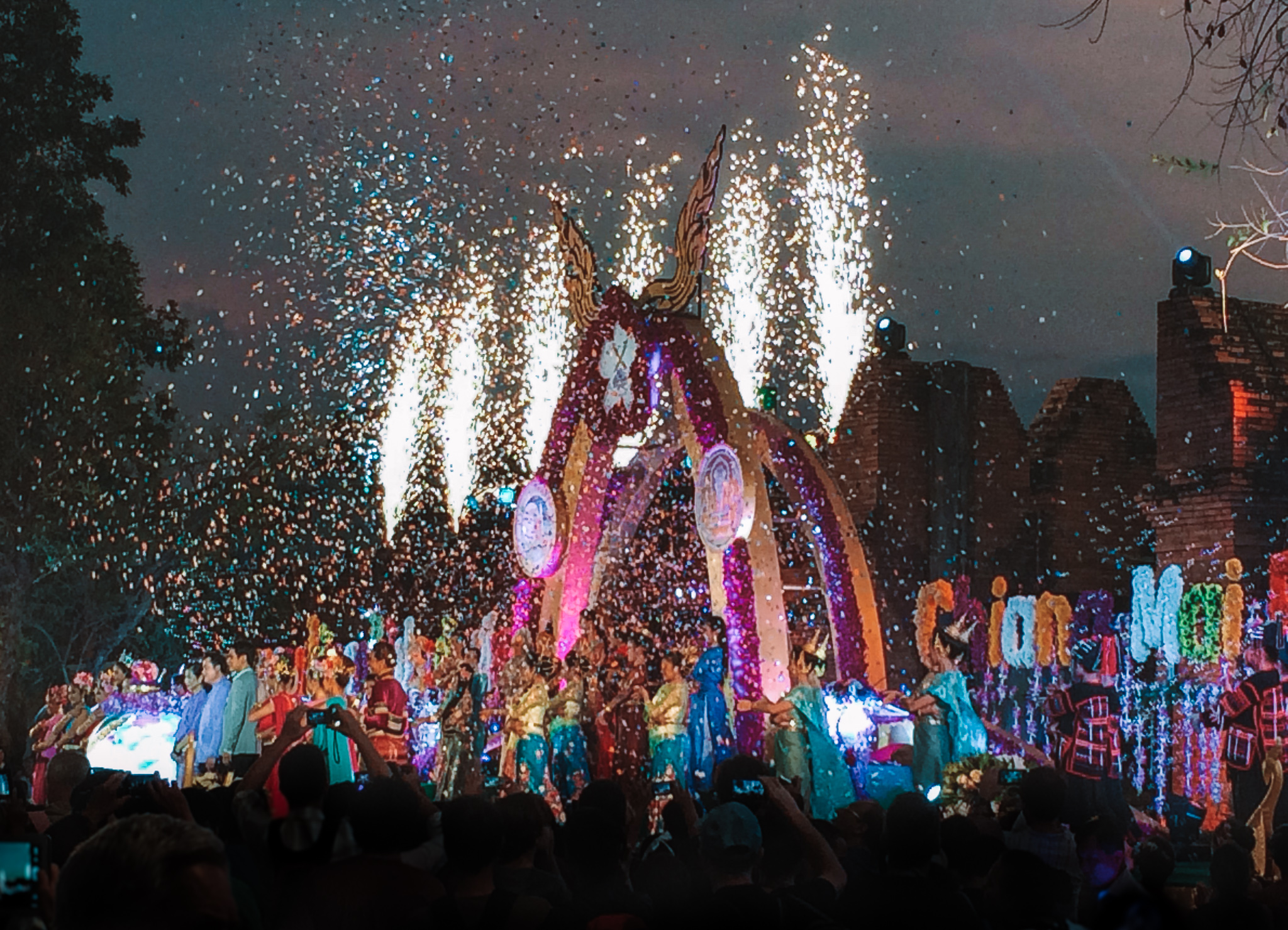 Restaurant servers in non-US countries will not deliver the check unless you’ve explicitly asked for it.  Wave your hand like you’re writing in the air, and the server will nod their head and run off to get your bill.  It’s the universal language of restaurants. 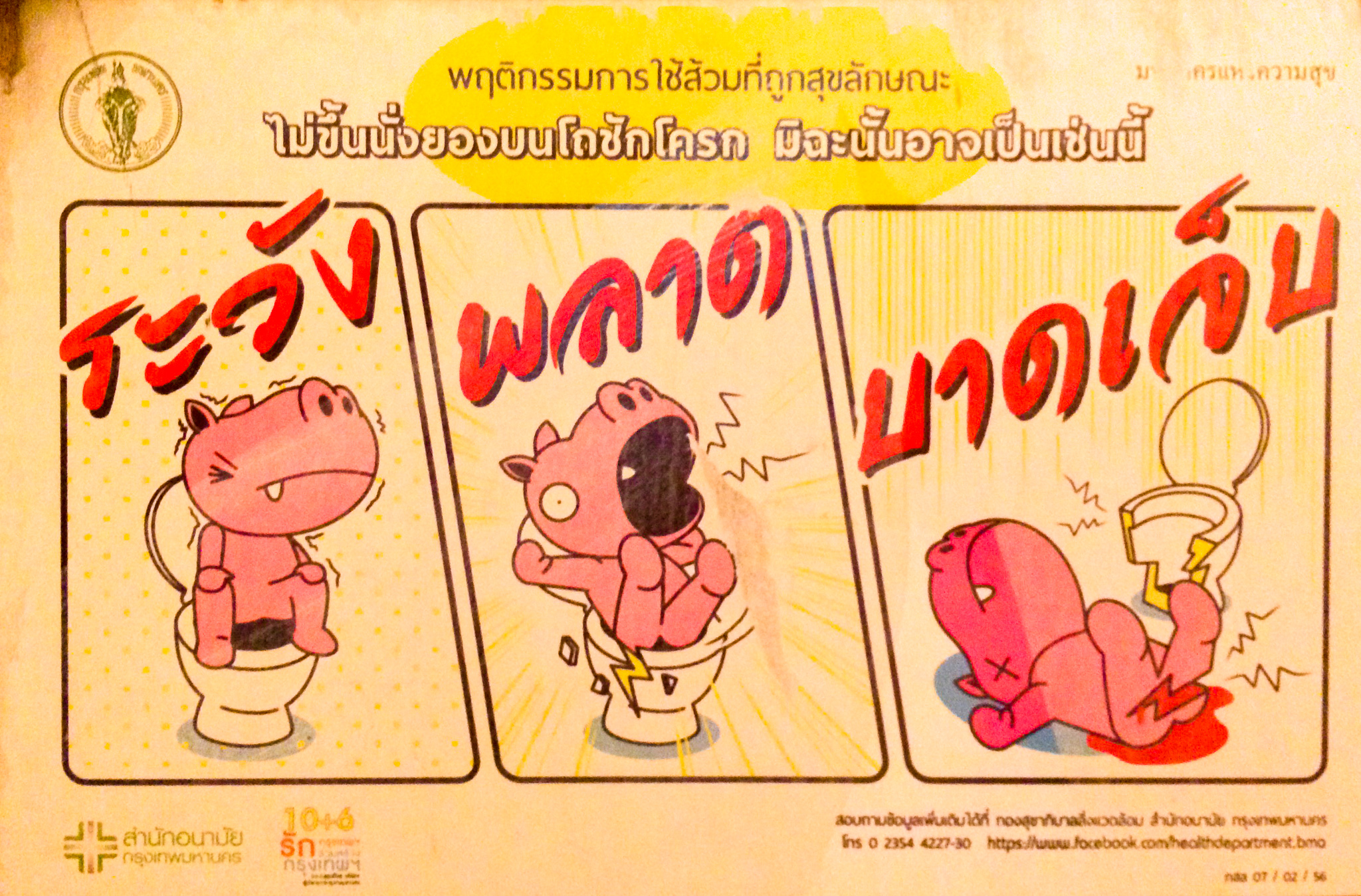 How often do you think about pooping?  I bet it’s not a lot.  But when you’re faced with the prospect of wiping your butt with your bare hands and rinsing with cold water up your bum, suddenly you reach chess Grandmaster levels of concentration.
Other countries have toilet paper, but it goes in a little basket beside the toilet as the sewer can’t handle it.  Hope for clean poops or your bathroom will smell pretty badly until the waste is emptied.
Still other countries will have toilets that are physically impossible for many westerners.  These are squat toilets, and we don’t have the flexibility necessary to make them a pleasant experience.  Think of hovering an inch over the ground with nothing to hold onto.  Falling over backwards onto the poop and urine soaked floor is a real threat.  And after you throw a cup of water down your crack, you continue squatting to air dry.  It’s a humiliating, humbling, and very wet experience.  Not kidding: the recommendation for your first time in a squat toilet is to take your pants off completely.

Pointing is a valid language

Don’t know the language?  Easy!
Bring up maps, locations, or names on your smartphone in their language.  Show them to the cabbies or whoever, and point at the screen.
Go to restaurants with pictures on the menu.  Point just like a toddler.

With a little amount of preparation, the language barrier is a tiny problem.  In fact, the locals even do it with you as well.  For the total amount, they will type it on a calculator and point to the screen for how much you will pay.

Your smartphone is goddamn MAGIC

Google Translate is an app for your smartphone that will translate signs for you.  Simply point your camera at the sign, and it translates it right into English on your screen.  It’s unbelievable how useful this can be in foreign countries. 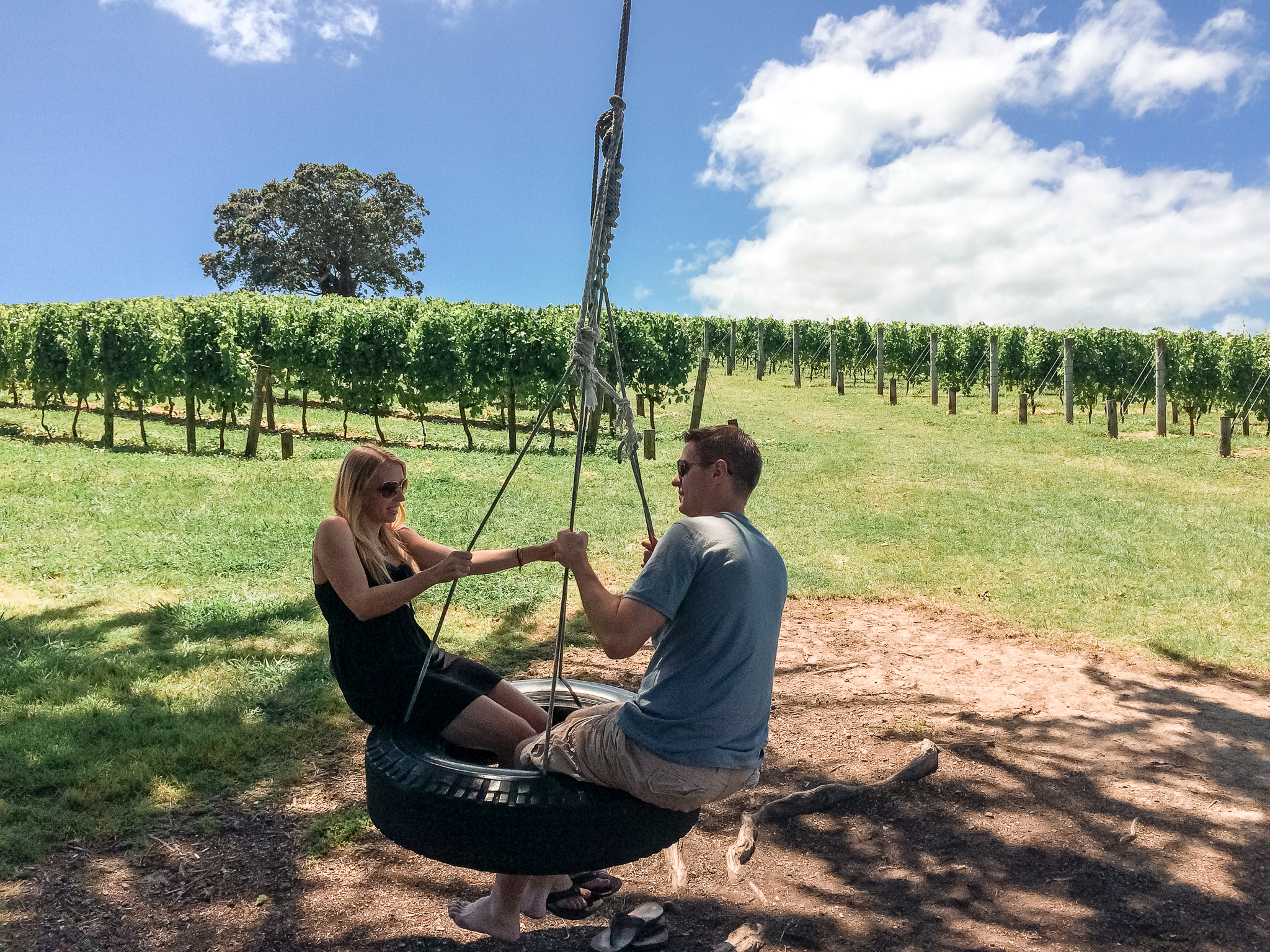 Routine is not only comfortable, it’s very easy on the mind.  Getting to a new place is stimulus overload and it’s mentally taxing.  We are always tired the first few days in a new location from trying to re-learn how the day to day life goes.
Our first day itinerary in a new country typically looks like this:

That’s it!  That’s 24 hours worth of activities for the day in a new city.
The money issue can range from a simple 5 minute stop, to going into seedy areas of town in search of black market exchanges.  Grocery shopping in a new country is one of the harder activities you can experience while traveling.  90%+ of all the items are different.  Different boxes, names, and shapes.  Things you’ve never encountered before.  And since you don’t speak the language, it’s all guesswork.
We originally felt like idiots for not being able to accomplish much on first days in new countries, but now we see it as pretty natural.  After a few days in-country, some things start becoming routine and we bounce right back to productive members of society again.

Relating to normal people becomes harder.  Normal people talk about normal things: jobs, cars, commutes, weekend plans, etc.  As a digital nomad, you don’t have any of those.  Every day is an open book, filled with joy and terror.  Joy because each day we do exactly what we want, wherever in the world we want to do it.  Terror because we also shoulder all of the responsibility for our future.

A normal person will describe their horrific coworkers and dilemmas at their job.  We will try to relate with our own on-the-job annoyances, but all that will come out are stories of food poisoning, scamming touts, and how backpackers have ruined yet another beautiful town.
Then the normal people just tilt their head, look at us as if we are aliens, and smile.

It’s like sleeping on the floor.  I’m pretty sure Asian kids watch American cartoons and get confused: “how is that kid not breaking his ankles when he jumps on the bed?”.

South Americans consider themselves to be “Americans” as well, so they’ll never refer to a US citizen as an American.

Culture is the United States’ greatest export, and it is everywhere

I have heard the song “Call Me Maybe” infinite times while traveling abroad.  Far more than I ever heard it in the US.
Trendy parts of town are often labeled with US monikers like “SoHo”, after a Manhattan district of New York.
Hollywood is pervasive and greatly shapes how other countries see the United States.  As one Spaniard put it: “I don’t need to see Boston, Los Angeles, or New York.  I already know them from all the movies”.

Strawberry Fanta is the preferred soft drink of deceased ancestors 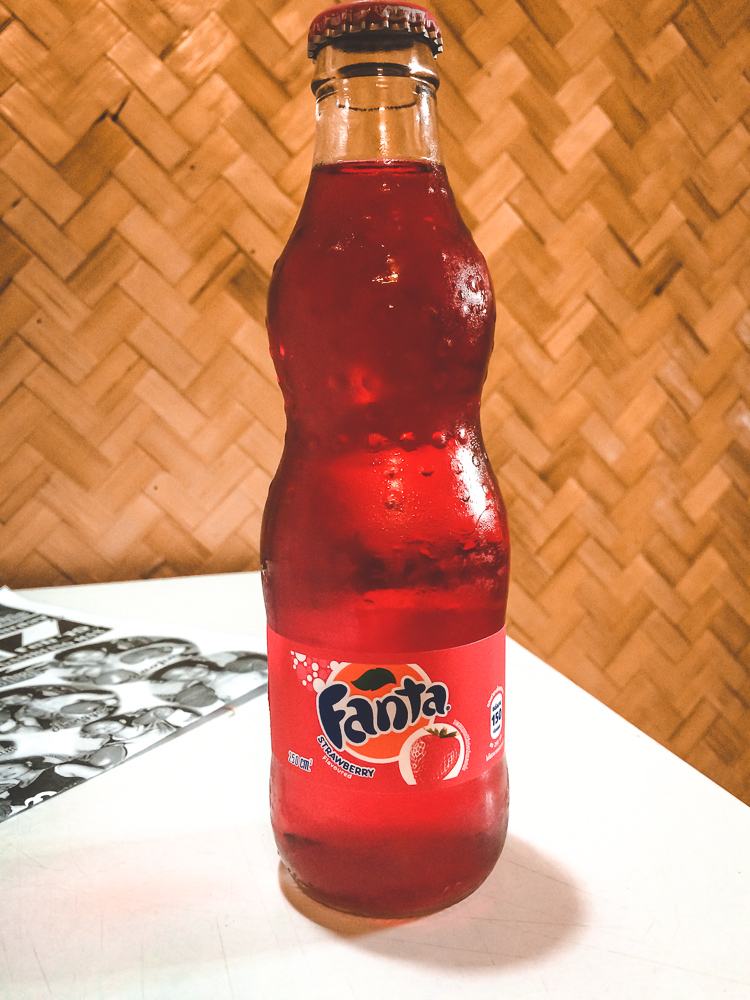 Spirit houses are everywhere in Thailand.  They are small remembrances of loved ones long gone.  Plates of food and incense are set out each day as an offering.  It’s not a part of Buddhism proper, just something that developed in the culture.  If you see a drink for the spirits, it will overwhelmingly be Strawberry Fanta.  And a straw, of course.

Your car goes to die in Myanmar

Ever wondered where your 200K mile junker goes after you sell it?  Chances are good it winds up in Myanmar or some other third world country if it still runs at all.  Some teen that tricked out his Scion with custom wraps and rims unknowingly gave a Burmese cabbie a funky little work vehicle.

The other day I saw a pre-pubescent girl in Bangkok wearing a shirt that said “Angel Fuck”.  The next day a young man was eating lunch with his grandmother in a jersey that read “PERVERT 69”.  In a Myanmar airport we saw someone with a Nazi T-shirt with the caption “Final Solution”.

We definitely made some mistakes.  It’s impossible not to!  We changed our life completely and into something we’d never done before.
Too many countries and locations.  As stated before, moving around takes a big toll on energy levels.  Our next 6 months have us moving around far less.  At a maximum it’ll be one country per month, and I wouldn’t be surprised if we linger a bit more in some places.
We probably should make a budget.  Moving around is also more expensive than staying put, so our more relaxed travel plans should help out.  Since we were going to be in each place for so little time, we tended to pay an upcharge because of our lack of planning.  We paid this tax in housing, activities, and food.
These more relaxed plans will also allow us to update a lot more frequently. =) 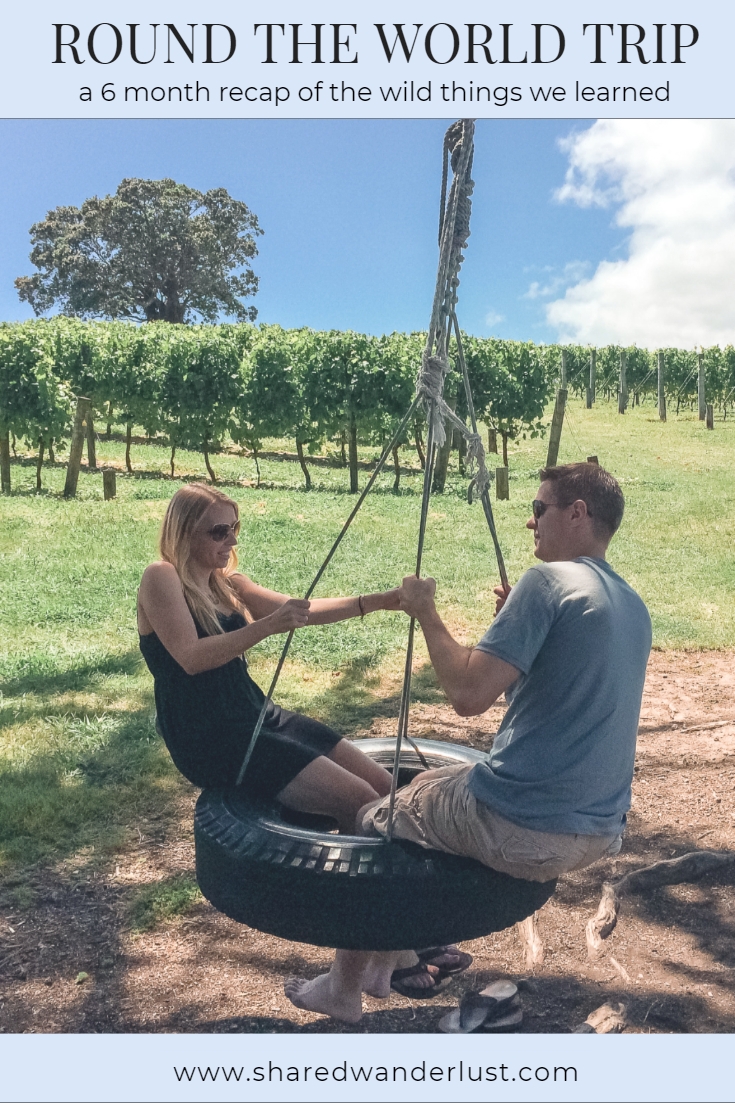